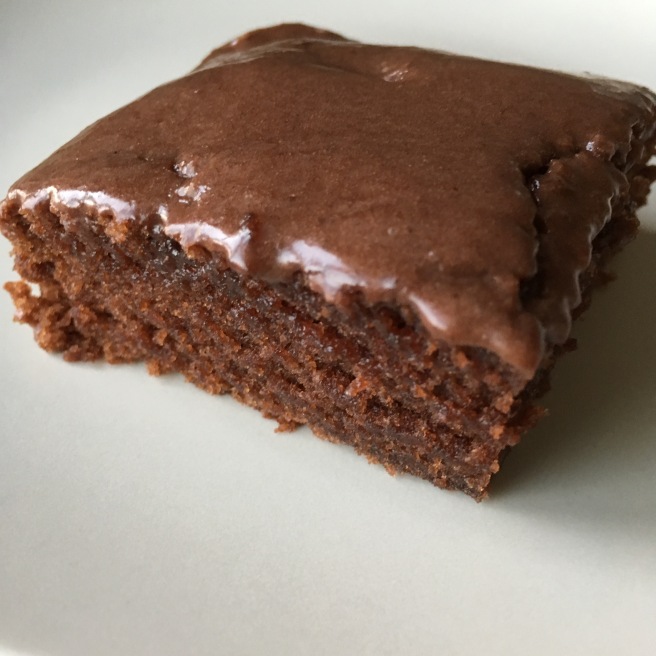 I know, I know – who thinks of these things? I would have never thought of adding cola to a cake, but that’s exactly what happens here. It doesn’t flavour the cake, but instead creates a sweet, moist, chocolate cake. However, the frosting on top does have that sickly-sweet cola flavour. I tend to use buttermilk substitutions instead of buying buttermilk – add 1 1/2tsp of lemon juice or vinegar to 125mL (1/2 cup) of milk, and leave for 10 minutes before using. Go on, give it a try – you won’t be disappointed!

This recipe was originally from Nigella Lawson’s ‘How to be a Domestic Goddess‘.